Ghana Is Being Heralded As The Next Big Tourist Destination. Here's Why

Globetrotter Of The Week (Sandra Ankobiah) 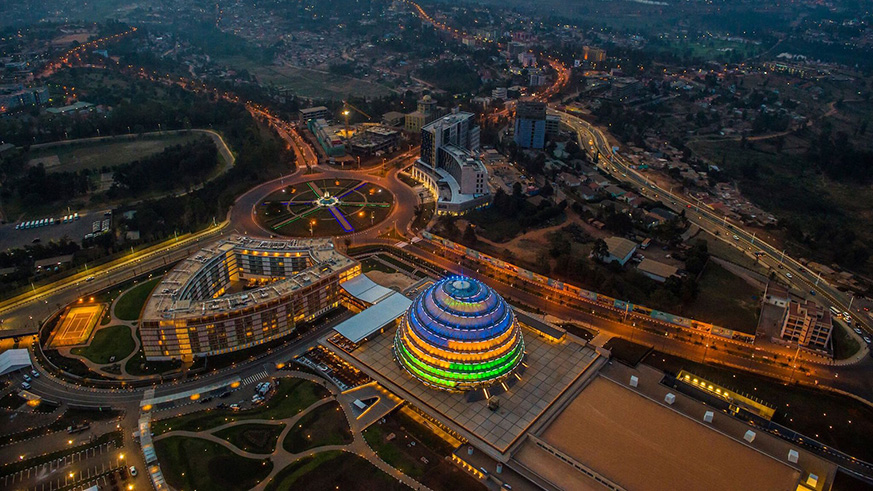 Even in the pitch black of a Rwandan morning, you can hear the birds singing. There’s something confidently optimistic about the songs, as if the black-headed weavers already know that blue skies lay ahead. Every day that I’m in Rwanda, that promise is fulfilled.

Day after day, roadside shadows turn into people – many carrying the blue buckets that will transport their mangoes from the market, or their clothing to the water’s edge. In their hands might be walking sticks or farming tools, but baskets–woven from local grasses–are kept on head tops, and the women carrying those gracefully make their way through this place known as “The Land of a Thousand Hills.”

Much of my time in Rwanda is explored from inside a car, moving along well-maintained roads, through small communities first south, then west, then north–watching as an outsider as the communities come to life.

This is my second visit to the tiny country in East Africa that is home to 12.2 million people, four national parks and the highest percentage of women in Parliament in the world. On this trip, I’m finding a country in the midst of realizing its dream of a future built on unity, dignity and independence.

The commitment of Rwandans to the country’s success is palpable and inspiring. And much of it is fueled by young people with a creative spirit, intent on molding the roots of their past into a future that is both competitive and proud.

“I live in a very colorful country and amongst people who love colors and things with taste,” she says, while showing me around her downtown Kigali shop. “I try to take as much inspiration from my background, my heritage and my culture as I can, but also my mind goes all over the place and across Africa.”

Travelers can opt to have clothing made in consultation with Umutoniwase at her shop, or choose from a wide selection of customizable home furnishings, decorated with Rwandan patterns.

“I always try to make them modern,” she adds. “You have to add a modern touch.”

It was a similar desire that led Che Rupari to start a chain of coffee shops in the country. Rupari, who spent much of his youth abroad, returned to the country several years ago and, along with a cousin, launched Café Neo, which now boasts three outlets in Rwanda.

Despite a tradition of growing and exporting coffee, Rupari found that Rwandans had been left out of the global coffee-consumption movement. Café Neo set out to connect farmers and baristas to rectify that. Today, “African coffee” (created by adding ginger, milk and chocolate to espresso) has joined the typical cappuccino/latte vernacular.

“Now, there’s a diverse group of people who are coming in to enjoy coffee. I take pride in that,” says Rupari, adding that it’s an example of the new Rwanda. “Everyone just wants to try to be creative and be productive to make a better country.”

The efforts are everywhere.

At the Red Rocks Intercultural Exchange Center in Musanze, Harriet Ingabire tells me how a decision to return from the United States and a desire to make a difference led to creating a women’s co-operative, developing micro-financing initiatives and starting a local kindergarten.

At Abraham Konga Jewelry Collections in Kigali, the clerks explain to me how old keys and padlocks are pounded and melted to create beautiful rings and bracelets. What’s old is new. What’s past is future. What was of no use is useful again.

In a café in Musanze, I meet Fahad Ndangiza. A few minutes later, we’re driving to see his paintings that combine the colorful fabric scraps from local tailors with his bold, female portraits. At Kigali’s Kizi-Mbali Arts, Gazelle Hoza shows me photographs of her art and points to the space next door, where she’ll showcase other artists as well. And at Kigali Pottery Collections, the shelves are filled with modern tableware, made in Rwanda.
Working for a Common Purpose

In between the visits, we travel through a country that’s cleanliness is striking. It’s no coincidence. “Umuganda” is a Rwandan word that loosely translated means “coming together in common purpose.” In the past it was how Rwandans built their homes, with all neighbors working together to construct each one. Today, Umuganda is the law. On the last Saturday of every month, locals gather for community-service activities. Travelers can join in too. Unlike voluntourism projects in other places, joining the locals seems natural and non-patronizing. And, I’m told, it’s a sure-fire way to make new friends, and begin to understand the conservation efforts long regarded as a way of life here.

Truth be told, the longer I’m in the country, the less I feel like a tourist. School kids stop me to practice their English, and don’t object when strangers ask to join their soccer game. I begin to see the country as the invitation it is. I walk amongst the market sellers, chat with the coffee-shop sitters and ask questions of the artisans. Even when the language isn’t there, the smiles and effort to connect are.

On one of my last days in the country, I give in to a spur of the moment decision to visit the Mashyuza thermal waters. When we arrive, the park grounds are full of students who’ve just finished school and are now playing happily with friends. Further down, parents are here too. Men and women soak at opposite ends of the pools.

After three hours of trekking through the Nyungwe National Park, my feet are yearning for a soak. I peel off my muddy socks and dip in my toes. I immediately take them out again: the water is hot! As hot as if it had just been poured from a boiling kettle. I yelp in surprise and the ladies around me begin to speak in the local dialect. When they realize I’m not understanding, they show me: one by one, stepping from the shore and plunging their entire bodies into the water as if it’s a lukewarm bath. They motion for me to do the same.

In an instant, I’m reminded of my conversation with Rupari in the coffee shop. I had asked him for advice to pass along to tourists who are on the fence about a visit.

“This is the place to be, but it’s all in the approach,” he told me. “It’s the effect of the thousand hills. You can’t just climb it fast: you have to take your time.”

And so I shake my head at the ladies’ invitation and instead, dip my toes a little further into the water as they watch.

Next time, I tell myself, I’ll go even further.