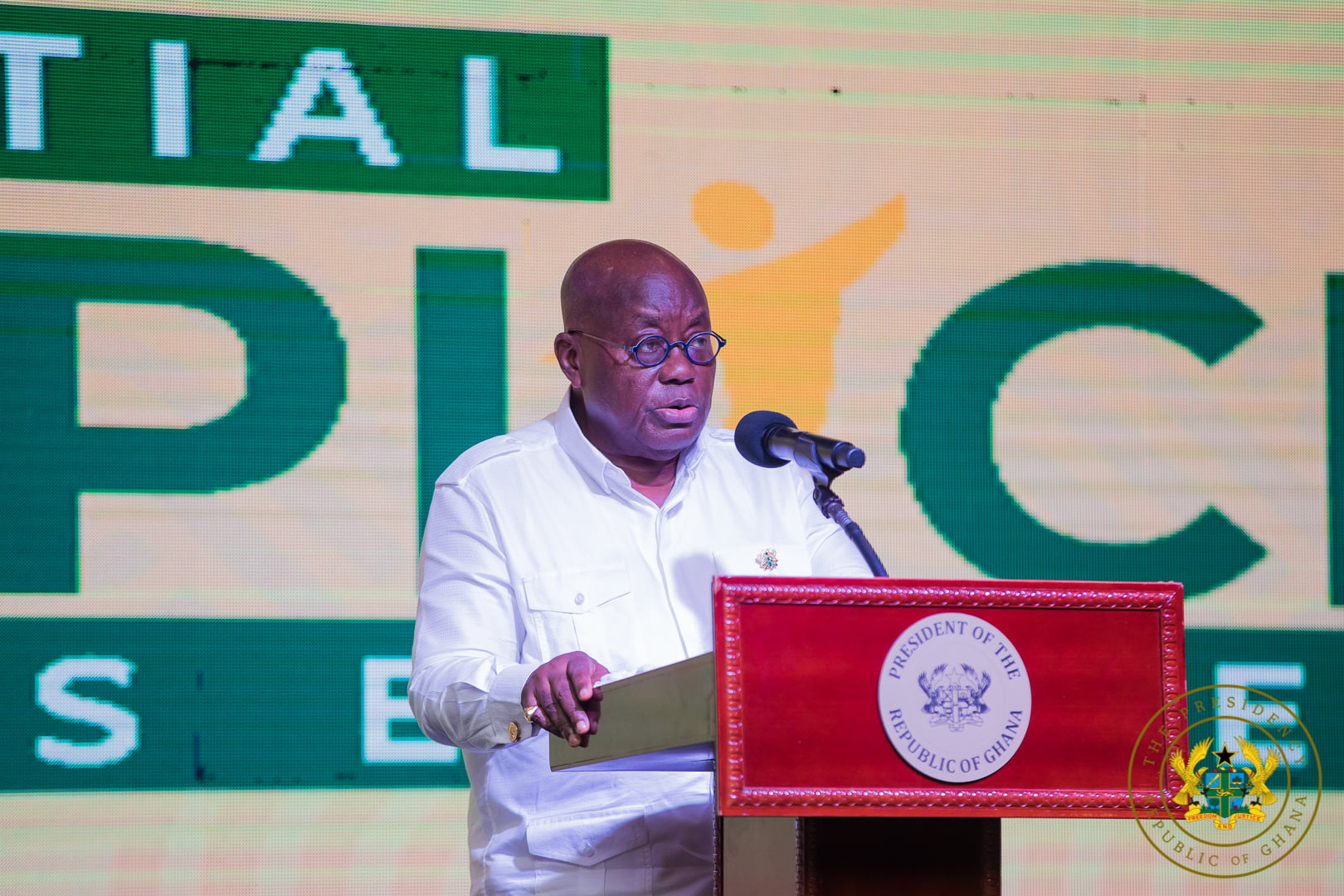 President Nana Addo Dankwa Akufo-Addo, has, on Wednesday, 28th April 2021, launched the $25 million Presidential Film Pitch Series, which will, amongst others, provide Ghanaian film-makers the opportunity to access markets for their films.

The ceremony was held at the Movenpick Ambassador Hotel, with the President using it as an opportunity to encourage local film producers to show more creativity and innovation in their productions to make Ghanaian films not only popular within the country, but also capable of satisfying international audiences.

According to President, “the consistent favourable rankings of Ghana by the World Economic Forum Global Competitive Report as politically stable, with a safe and secure environment, unique and better tourist assets and infrastructure, should make the country a preferable film and tourism hub, which should be leveraged by Ghanaian film producers.”

He continued, “We are, indeed, the safest country in West Africa, and the third most peaceful country on the continent. This enviable position has great marketing and promotional ramifications for the development and sustainability of the Ghanaian film industry. It is for these reasons that we have gathered this afternoon to launch the first -ever Presidential Film Pitch Series, which is also the first of its kind in Africa.”

As a result of the Film Pitch Series, Government, through the Ministry of Tourism, Arts and Culture and the National Film Authority, has brought together Ghanaian film producers on one hand, and investors, distributors and marketers on the other, to make deals to the tune of US$25 million.

With the $25 million investment already secured, President Akufo-Addo noted that this will go a long way to strengthen the local film ecosystem, with some 6,000 jobs set to be created as a result.

With the Ghanaian film industry having many talented players along the value chain, he assured that Government will continue to initiate policies and programmes to help make the Ghanaian film sector competitive and viable.

The National Film Authority, President Akufo-Addo said, will lead the charge in introducing business development modules into film-making, production and distribution, in order to help create a vibrant market for local film production.

The President also revealed at the event that the National Film and Television Institute (NAFTI), the oldest film and television training school in West Africa, is being retooled to enable it provide the needed training for players in the industry, in the quest to make Ghana attractive to international film productions, as well as the hub of film production in West Africa.

“€45 million has been approved for NAFTI to reform it into a world class training facility. The school is also introducing specialized courses in script writing, as well as the business of film,” he said.

This, according to President Akufo-Addo, means that Ghana will now have graduates with specialty in script writing to feed the film sector, and help build the needed structures for a vibrant film ecosystem.

Additionally, NAFTI will also be issuing its own degrees as part of the University of Media Arts.

The imminent completion of the Creative Arts Senior High School, in Kwadaso, the President noted, “will help open up the creative process from the secondary school level, making the arts sector a vibrant option for many students, by giving targeted training to young people, and offering them the opportunity for employment in the creative arts sector.

He added that the Creative Arts Senior High School will also help prepare students who desire to further their education at NAFTI, thereby providing a stream of creative talents.

“As we gradually emerge from the pandemic, I will like to urge players in the sector to step-up their entrepreneurial acumen. Film-trepreneurs must lead in the creation of new businesses, which would serve as an important ingredient for the development of a vibrant business sector,” the President stressed.

He, thus, entreated the youth, particularly women, to develop greater interest in the film value chain, assuring that “Government is determined to create an environment that fosters youth entrepreneurship which results in the creation of new business entities.”