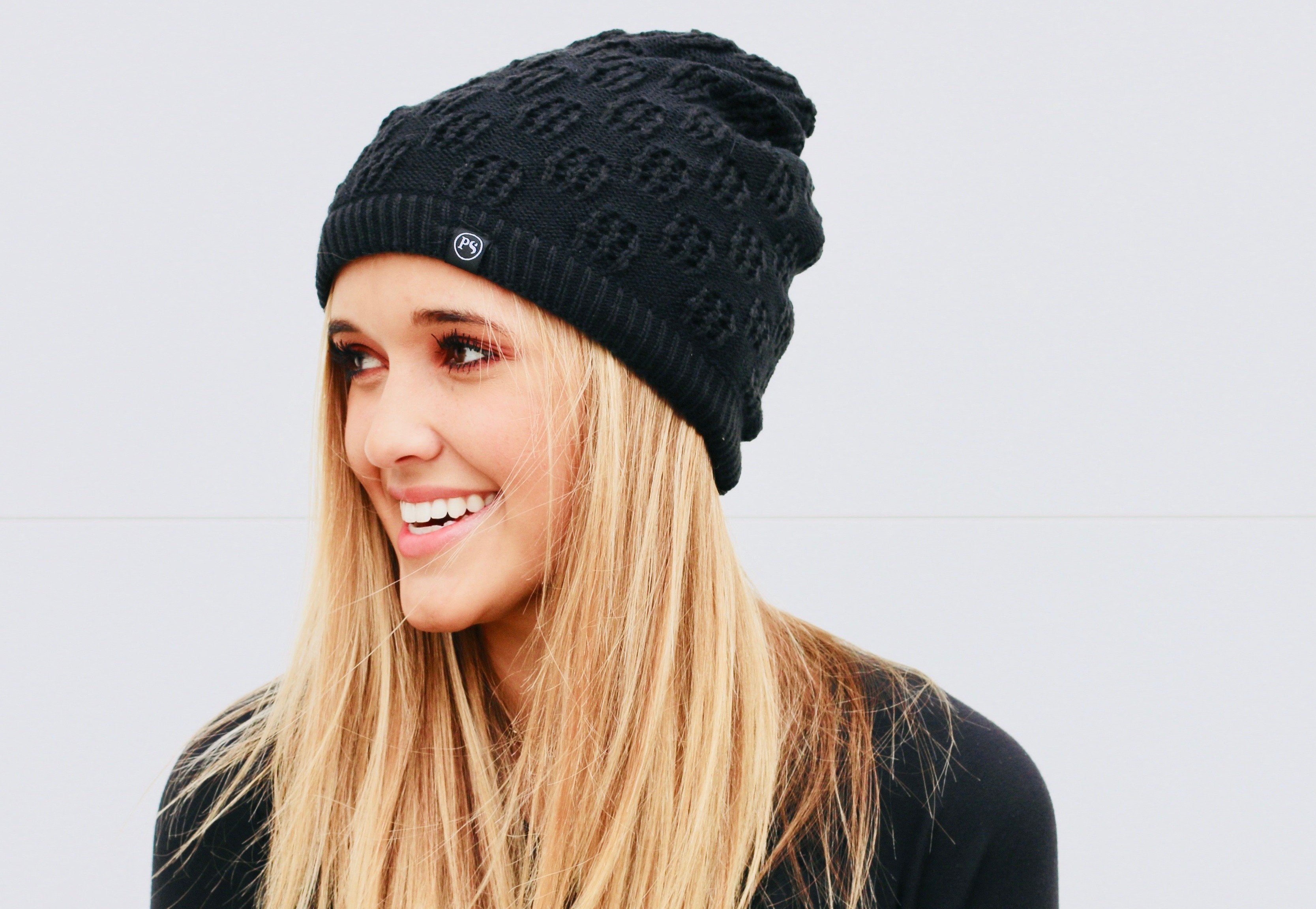 The cold-weather headwear landscape is a notoriously tricky area to traverse. Beanies are basically the only vaguely acceptable option, and let’s face it, they’re hardly held in high regard by followers of fashion. You can’t really blame them either. After all, usually when these woollen warmers stray into the public fashion consciousness, there have been terrible, terrible consequences.

For example, David Beckham and his legions of style disciples spent the best part of the noughties proudly rocking a look that said, “I’ve got a turd in my hat”; and during the first coming of Craig David, the R’n’B/Garage crossover crooner exemplified perfectly why condoms should always be rubber and worn on your penis, as opposed to woollen and worn on your head.

However, as is the case with so many things in the world of style – it’s not just a matter of what you wear, it’s also about how you wear it. And with that reasoning very much in mind, we’d like to take to the stand in defence of one of winter’s most misunderstood accessories.

If you’ve ever uttered the words, “Hats just don’t suit me” it may be because you’ve simply been wearing the wrong ones. Beanies work well with menswear’s current love of utilitarian workwear, and there are a number of styles to match even the weirdest and lumpiest of face shapes.

Picking The Right Beanie For Your Face

“A beanie is a great staple of your winter wardrobe,” says Sarah Gilfillan, stylist and founder of SartoriaLab, a London-based men’s personal styling service. “But before you head out to buy one, remember that small details can make the difference as to whether or not the style suits you.”

If you’re round or square of face, avoid designs that will make you look like Harry from Home Alone. “Choose a beanie without a turn-back cuff, with ribbing and a looser style that can add a bit of height to your face,” suggests Gilfillan. “Also, wear it slightly back off your face rather than pulling it down over your ears.”

A bobble hat is another good option for this, but steer clear of anything too ‘out there’. You don’t want to look like Kevin, either.

If you have a longer face, a beanie can work nicely. “Opt for a turn back cuff, which could even be in a contrasting colour or have stripe detailing,” says Gilfillan. “Wear a tighter fitting style that sits snugly on your head to avoid adding any more height.”

To keep your ears warm in style, these are the beanies you can rely on. Stick to these failsafe winter hats, and you can’t go far astray

When you hear ‘woolly hat’ this is most likely what you think of – and there’s a good reason for that. This style is one of the most popular and versatile in existence and has been championed by hip-hop royalty, workmen and everyone else in between. As far as beanies go, this is the grandaddy.

It may have become the hipsters’ cold-weather headgear of choice, but don’t let that put you off. Styled as part of a workwear-inspired look, the fisherman beanie really comes into its own. This miniature woolly hat features a turn-up and sits on top of the head, ending just above the ear.

A pom-pom isn’t exactly the manliest of decorative details, so it may come as a surprise to learn that it actually has its roots in the military. Napoleon’s infantry and the Scottish Highland regiments both used pom-poms on their hats to differentiate between companies and today it is still possible to wear one without looking like a carol singer. Steer clear of neon colours, overly festive patterns and anything with more than one modestly-sized bobble.

Newton’s third law of headwear: for every nice hat, there is an equal and opposite crap hat. Here’s what to look out for.

As mentioned earlier, for several years in the noughties, every man and his dog was wearing an oversized, slouchy beanie. Needless to say, it was not a good look. David Beckham, as he often is, was instrumental in the spread of this fad. The former England captain was constantly getting papped wearing his baggy beanie in airports the world over, leaving us all asking the same question: just what exactly was he trying to smuggle through customs?

If a 13-year-old kid in an oversized Limp Bizkit T-shirt and baggy jeans thinks it’s “sick”, the rest of us should probably leave it well alone. Unless you’re badly rendered computer character called ‘Otto’ in a Nintendo 64 snowboarding game, this headwear nightmare is best given an extremely wide berth.

You should really know by now that in the world of menswear, anything with the prefix ‘novelty’ should be avoided like the plague, and beanies are no exception. If you stumble into a ski shop and spot a fleecy hat, decorated with a blue furry mohawk, turn swiftly around, walk out of the door and never return. That’s just common sense.

How To Wear A Beanie

Here are a few fail-safe ideas on how to style a beanie, along with the best versions you can buy to achieve each look.

Just because you need to dress a little smarter than usual, it doesn’t mean your loaf of bread should have to suffer the cold.

A traditional cuffed beanie is your best option here, although a bobble hat can also work so long as you opt for subtle, neutral colouring. Grey, black, brown and navy are safe and work-appropriate options – you don’t want to rock up to the office looking like a Belisha beacon, after all.

Consider texture mixing too. Adding another piece of knitwear into your commuter outfit can ensure you don’t look like another office drone. Try wearing your beanie with a flannel suit and wool overcoat or a knitted roll neck for something a bit more business casual.

Across the majority of menswear genres, it’s fair to say that the beanie’s popularity has – at best – fluctuated. However, in the world of streetwear, it’s appeal has remained very much steadfast. Alongside hoodies, trainers and baseball caps, beanies are one of the true streetwear staples.

As far as colours are concerned, pretty much anything goes. The key to getting the look right lies in the branding and graphics. So much of streetwear culture is about what labels you’re wearing. If you’re stunting like the kids who camp outside Supreme and Palace drops, you’re halfway there. Go for raw, relaxed-fit denim, a hoodie layered under a coach jacket, then simply top it off with one of the brands below, and you’re good to hit the streets.

The obsession with workwear in men’s fashion has been going on for a long time, and it shows no sign of letting up. Woolly hats are one of the look’s key accessories, but there’s a right way and a wrong way of doing it.

The fisherman beanie is the style best suited to this rugged, outdoor aesthetic and a classic turn-up beanie can work too. To get it right, you’ll want to opt for something with little to no branding in a block colour, styled with some heavy-duty denim, work boots, a flannel shirt and chore jacket.

Whether you’re felling trees in the Yukon, or just heading for a half a pint of craft ale in Dalston, go to work with one of these key brands below.

When the cold really sets in, let’s be honest, a tiny fisherman beanie isn’t going to cut the mustard. To really keep the chill at bay you’re going to have to go all out. We’re talking special cold-weather fabrics, fleece linings and brands that were built for the outdoors and not, say, Instagram.

Simply get layered up with your thermals, parka and snow boots and then finish with one of the brands below to battle the elements in style.