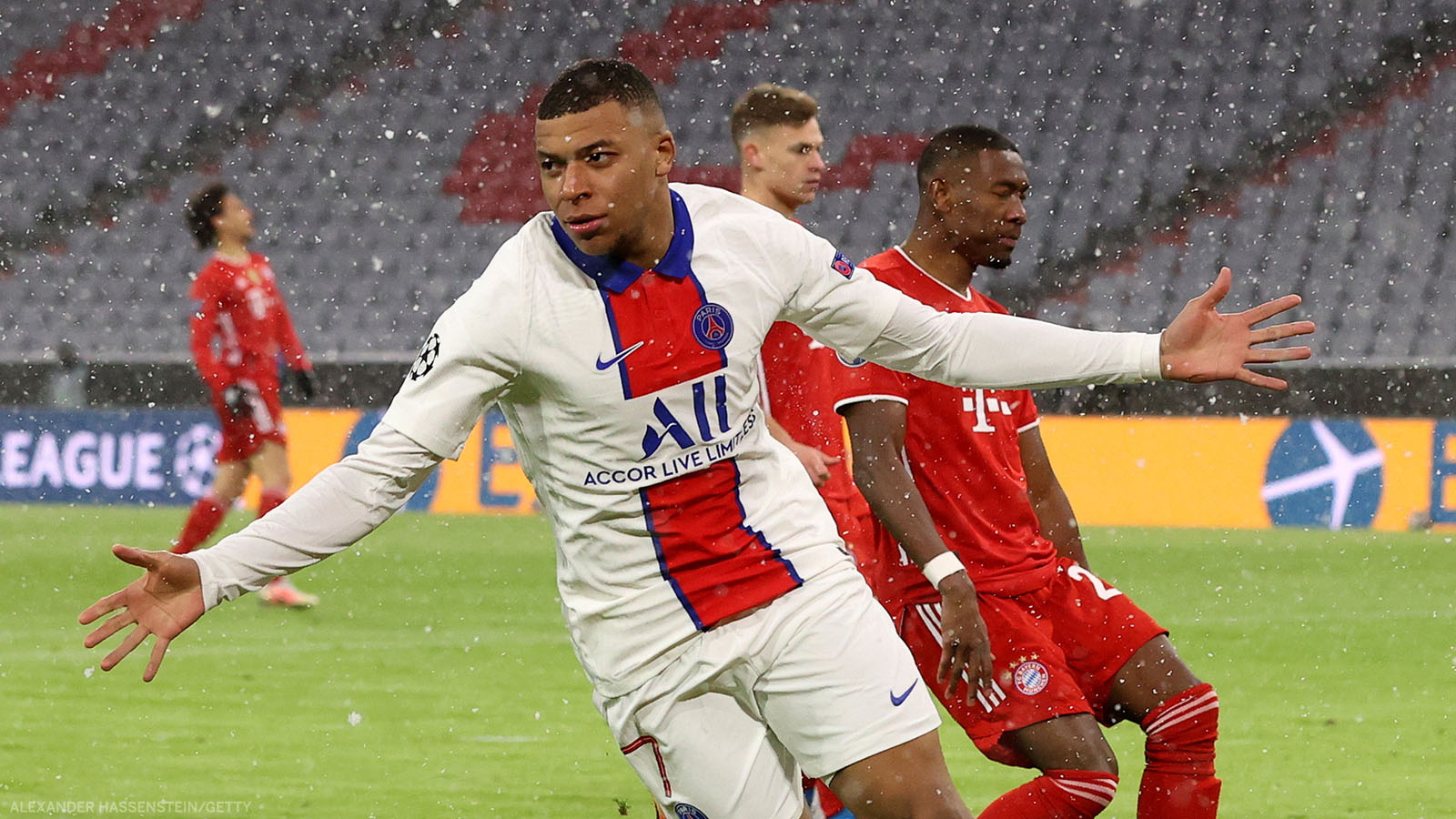 The sensational Kylian Mbappe scored twice as Paris Saint-Germain edged an exhilarating quarter-final first-leg clash against Bayern 3-2 in Munich to leave the holders staring at a Champions League exit.

In a breathless first half, PSG had two shots compared to Bayern’s 15 but, most importantly, both attempts found the net as Mbappe opened the scoring after just 149 seconds, before Marquinhos made it two just before the half-hour mark. Both goals were brilliantly set up by Neymar.

Former Stoke and PSG hitman Eric Maxim Choupo-Moting – standing in for the injured Robert Lewandowski – headed his side back into it eight minutes before the break, before Muller completed the comeback to level things up on the hour mark.

But PSG’s superstar striker had the final say, as he raced clear on the counter to score a superb winner in the 68th minute, his eighth Champions League goal of a stellar season to raise his stock yet further and put his side in the driving seat to reach the last four and inflict just a second defeat in 29 Champions League games on Bayern.

Ashgold Stewart Osei Agyemang Emphatic Of A Win Against Hearts