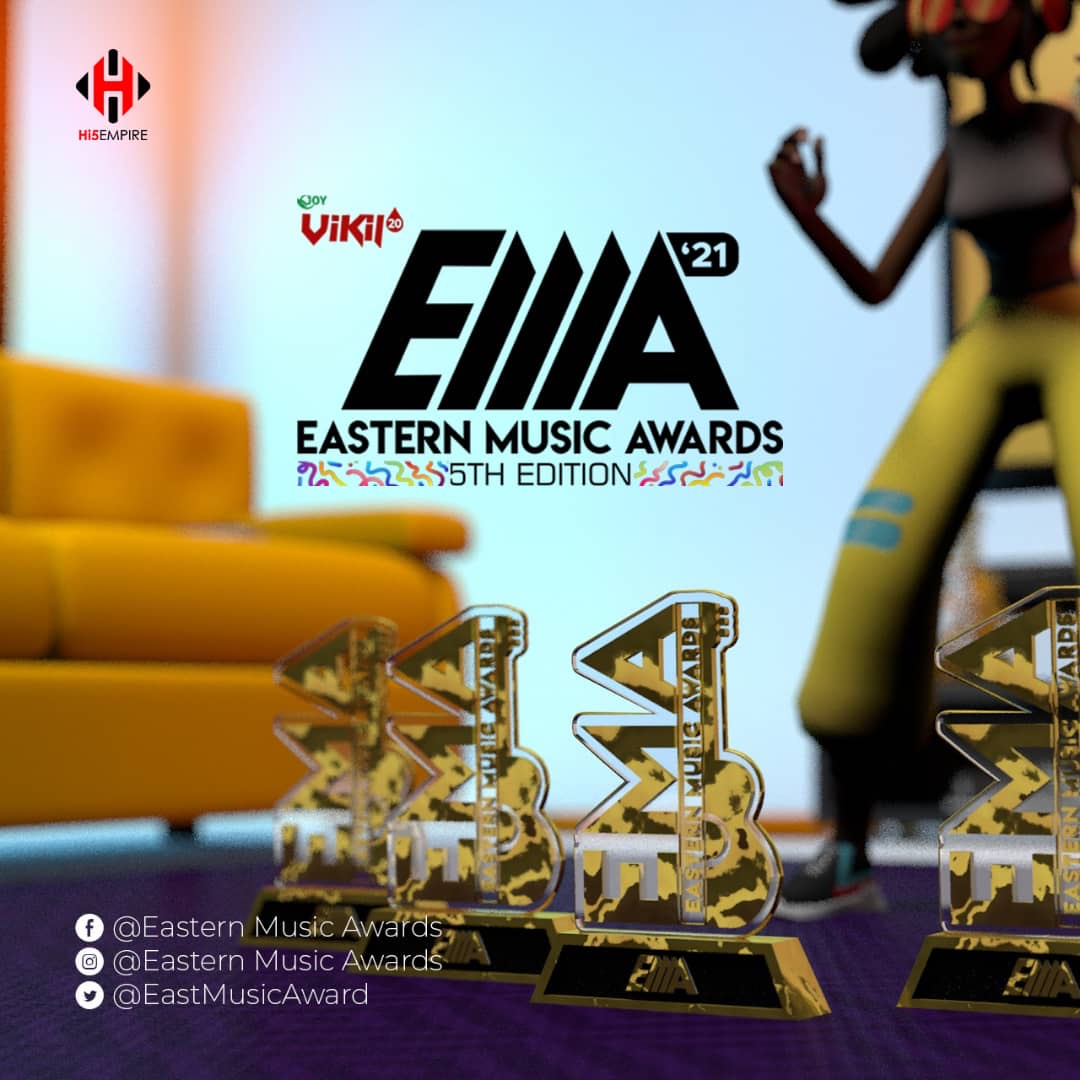 Hi5 empire, the organizers of the Eastern music awards will officially opened nominations for this year’s edition on 10th September 2021 to 10th October 2021.

The event which has been running for the past five years is known to be the biggest music event in the Eastern region that honors the best performing artistes together with achievers  across the length and width of the region.

Artistes are hereby urged to follow the category definitions and ensure they qualify for the respective categories before filling for nominations.

The team has been actively working to ensure the best is always delivered and this year would not be an exception, all areas of the music categorizations and genre would be considered in the nomination categories and this year promises to be more exciting. Two new categories introduced :

BEST CAMPUS ACT OF THE YEAR.

The Best Campus Artiste(s) of the Year is the Artiste(s) declared by the Academy, Board and the General Public(Votes & social media) as the artiste(s) with the highest audience appeal in the region and popularity in our Tertiary institutions . The artiste must have released a hit single(s) or album in the year under review.

BEST PUB/NIGHT CLUB OF THE YEAR

Stakeholders should also be informed that its only artistes and artiste managers who are eligible to file for nominations.

It is also worthy to note that the year under review is from October 2020 to August 2021. Works which do not fall within this calendar will not qualify for nomination.

All artistes in and around the region and from the region are hereby encouraged to file in their best works so they are not left out from the nomination processes.